Bethuel began her riding career in 1986 at the age of four.  With a little help, she researched the yellow pages of the phone book and found a barn that gave lessons. On her own she dialed the number, and with the innocence  of a four year old and the determination of a serious horse enthusiast, she attempted to set up her first lesson, only to be told that one of her parents needed to come to the phone.  And that’s how it all began.

For the next several years she continued her lessons under the tutelage of an extremely competent British coach where she mainly focused on Hunters.

As Bethuel’s love for horses was being cultivated through riding lessons; her academic and sportsmanship abilities as well as her leadership qualities were being abundantly developed through school.  Beth participated in almost every sport and school activity as well as many community endeavors, sometimes juggling as many as 6 sports teams at the same time!  She played baseball, basketball, soccer, volleyball, cross country skiing, tennis, badminton, rowing, rugby, track and lots of hockey, often having the honor of captaining the teams she played with.

Beth was also a member of her school band, the President of the Athletic Council, a Reach for the Top Member, a Gold Medal Science Fair finalist; and, had the rare honor of being chosen to attend Ontario Educational Leadership Camp on behalf of her school.  Finally, but not least, she had the extreme privilege of representing both her public school and her high school graduating classes as their Valedictorian.

While all the above was going on, Bethuel still found time to pursue her love of horses, and her next equine affair was with Western Riding at Circle Square Ranch; where, over the course of several summers she developed a love for Western Games and Vaulting.  This prepared her for a  job as a Vaulting Director at Sky Ranch, a large Christian facility in Texas which reaches over 50,000 individuals a year. 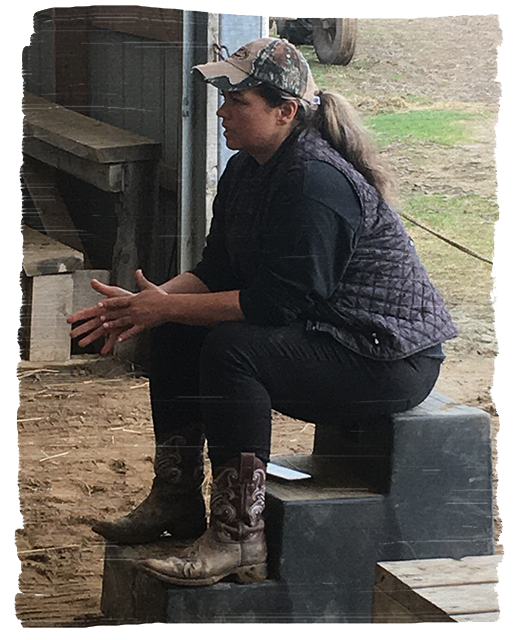 However, before Bethuel actually ventured into the USA as a horse instructor, she was given the opportunity to travel across the United States in a singing tour, being the only Canadian chosen to sing with an All-American Youth Choral performing at venues such as: The Whitehouse, Mount Rushmore, Mall of America and Disney World.  After this whirlwind tour she was accepted into Queens University in the ConEd program, studying English and Drama.

On her summer breaks from university she still continued to go back to Sky Ranch, this time as the Horse Program Manager.  Her summer experience was so phenomenal she decided to enter a year long leader-internship program and continued her university by correspondence,  ultimately graduating with a B.A. and B.Ed..

In Texas, she had five additional unforgettable experiences with horses; she worked for Muden Ranch Resources in Brownsboro cutting colts; she was hired by Darla Ryder in Weatherford, TX to facilitate her Therapeutic and Summer camp programs; she attended her first Certified Horsemanship Association Clinic; she met Newton Smith who became her equine mentor and lifelong friend; and, much to her parents dismay, she purchased her first three equine friends, Dapple, Zee and Tari.

With three horses in tow, (and just to be well rounded these included a Thb, a Quarter horse and a Paint), Bethuel arrived back in Canada a certified Level 4 English, Level 4 Western, Level 4 Vaulting and Level 1/2 Therapeutic Riding Instructor.

Eager to pursue her equestrian dreams. She started out as a freelance coach but quickly found a beautiful facility close to home and the creation of “Under The Cross Equestrian Facility and Therapeutic Riding Centre” began to take shape.

Under The Cross is owned and operated by Beth (Nelson) Pedlar and Matt Pedlar.